10 KEYS TO KNOW ABOUT THE MOSAIC OF SOUNDS PROJECT

It is a project of the Spanish Association of Symphonic Orchestras (AEOS).

Our allies have been “Plena Inclusión” and the BBVA Foundation.

14 professional symphonic orchestras of our country have participated in the project.

Prior to the beginning of the workshops, 2 training sessions were held for two musicians from each participating orchestra. They had the advice of music-therapists, musicians with previous experience in this type of activities, associations of people with disabilities, actors who work with these groups and experts in cultural mediation.

More than two hundred musicians will hold workshops during 2016 for some 300 people with intellectual or developmental disabilities. The participation of these people has been achieved thanks to the collaboration of 8 federations associated with “Plena Inclusión”.

The participants have worked on “The largest flower in the world”, a musical piece by Emilio Aragón based on the homonymous fairy tale by José Saramago.

In the workshops, micro-compositions have been added to the original one, and other artistic expressions such as dance, poetry, dramatic art or visual arts have been incorporated too.

The fourteen resulting works were interpreted by their authors -integrated in the orchestra and in the scene- in 23 concerts attended by around 30,000 people.

Under the direction of Ángeles Muñiz, a documentary has been made -not yet released- “Mosaico de Sonidos”, including the recording of the sound-creation-workshops in each participating orchestra, the creation process and the concerts.

In the final concerts more than a thousand musicians participated.

After almost two years working with music as an instrument of personal development and social integration, the Mosaic of Sounds project has materialized during the first quarter of 2017 in 23 concerts. Fourteen symphony orchestras and 228 people with intellectual or developmental disabilities have performed in 14 Spanish cities unique concerts born from the program of the Spanish Association of Symphonic Orchestras (AEOS), “Plena Inclusión” and the BBVA Foundation.

We would like to point out that this is the first time that the Spanish Orchestras have come together to carry out a project of a social and integrating nature, and that we are therefore talking about an innovative proposal on the national scene. We also hope that it will be the beginning of other initiatives that contribute to improving our society through music, the music that all of us who participate in this project deeply love. 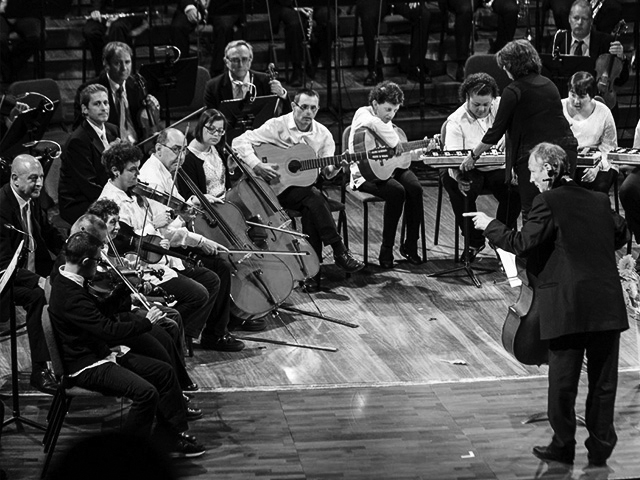 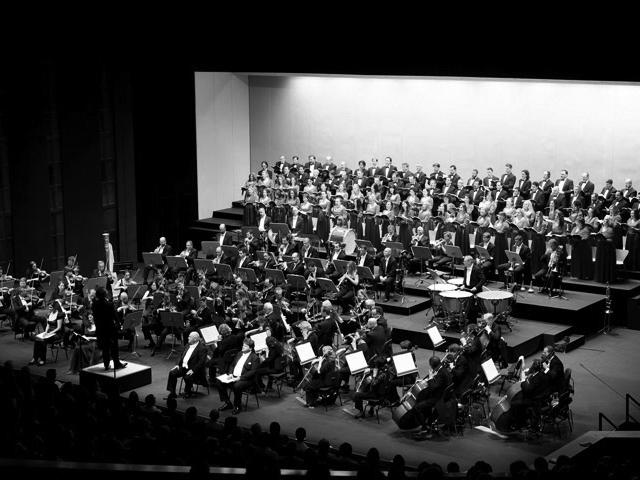 Mosaic of Sounds began to be developed in March 2015 by fourteen symphony orchestras and eight regional federations associated to “Plena Inclusión”. How? Through sound creation workshops led by 140 musicians from different orchestras.

A positive music and full of poetry, “The largest flower in the world”, composed by Emilio Aragón and based on the story by José Saramago, Literature Nobel Prize, has been the axis of our creative activity.

The workshops have been developed around this composition so that the participants have created micro-compositions that have been added to the original work. Participants were really involved in the creative process through different artistic expressions: music, movement, dance, plastic arts, literature … In the end, each orchestra has had a new composition, different in each case, according to the evolution of their own workshops, a true and unique mosaic of sounds. 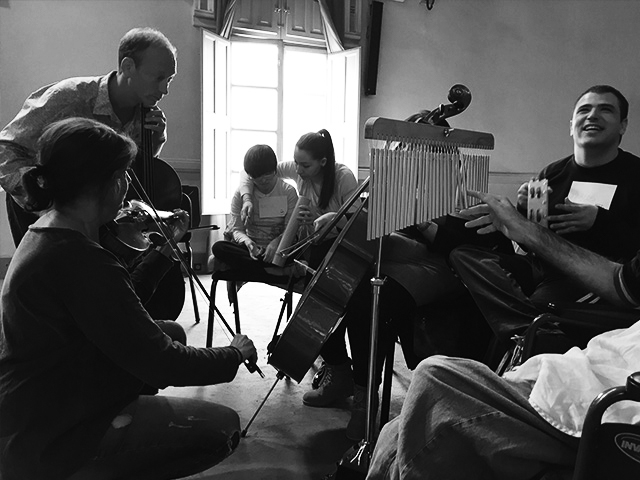 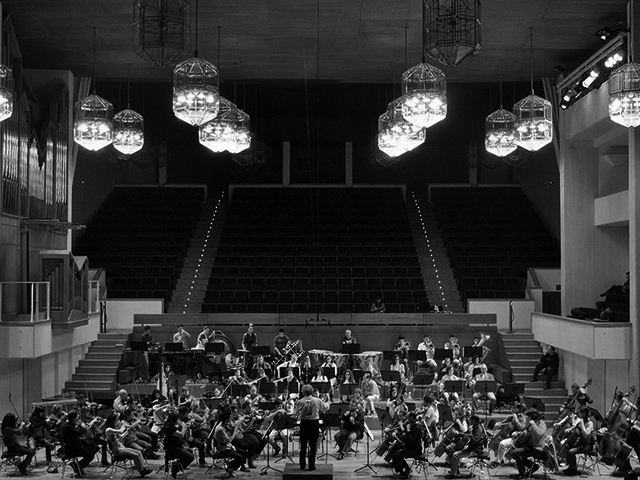 The project also includes the recording of a documentary film by director Ángeles Muñiz, in which we intend to tell the truth of the process and reflect the creation in all its phases: work sessions, training, workshops, rehearsals and, of course, the concerts.

“As a flower that is reborn thanks to the tenacity of a child and becomes the BIGGEST FLOWER OF THE WORLD, our music aims to travel directly to the heart and reason, undoing prejudices, discovering possibilities, driving away intransigence, thrilling and cheering our lives, the one of all, without exclusions “.

For over a year and a half, the sound creation workshops advanced in the integration and creativity of people with intellectual disabilities, mainly adults, who have participated in this initiative voluntarily and autonomously.

The workshops have been developed around Emilio Aragón’s composition, so that the participants have created micro-compositions that have been added to the original work. It has been basic to really involve participants in the creative process through different artistic expressions: music, dance, plastic arts … In the end, each orchestra has a new composition, different in each case, according to the evolution of their workshops, a true and unique mosaic of sounds.

In order to carry out this task in an efficient way, training courses were held by the orquestras, attended by two representatives of each of the symphonic groups involved. They counted on the advice of music therapists, musicians with previous experience in this type of activities, associations of people with disabilities, actors working in this area, as well as experts in cultural mediation.

For Rafael Pardo, director of the BBVA Foundation “… this project helps us to put the values of music at the service of a common good, as important as the social integration of people with development or intellectual disabilities. And it’s a luxury that those who take the reins of the program and bring music to this group are the professionals of our symphony orchestras”.

Ana Mateo, president of AEOS, indicates that “in the AEOS we feel we have the duty to work on inclusion through creativity and interpretation, and to return to society a part of what we receive from it. That is why we are very excited about Mosaic of Sounds.

For Juan Pérez, Vice President of “Plena Inclusión”, Mosaic of Sounds, contributes to build a society where people with intellectual disabilities and the world of music are committed to the creation of inclusion environments based on art and human values”.

Finally, the men and women who have participated in this project – people with intellectual disabilities, caregivers, mediators, musicians, support staff – have experienced an enormously enriching experience. The trip has been long and we have all had difficult moments, funny moments, magical moments too … It has been necessary to know each other in depth to open ourselves to each other, creating little by little a space in which to express ourselves freely through this never-ending energy current that is music.