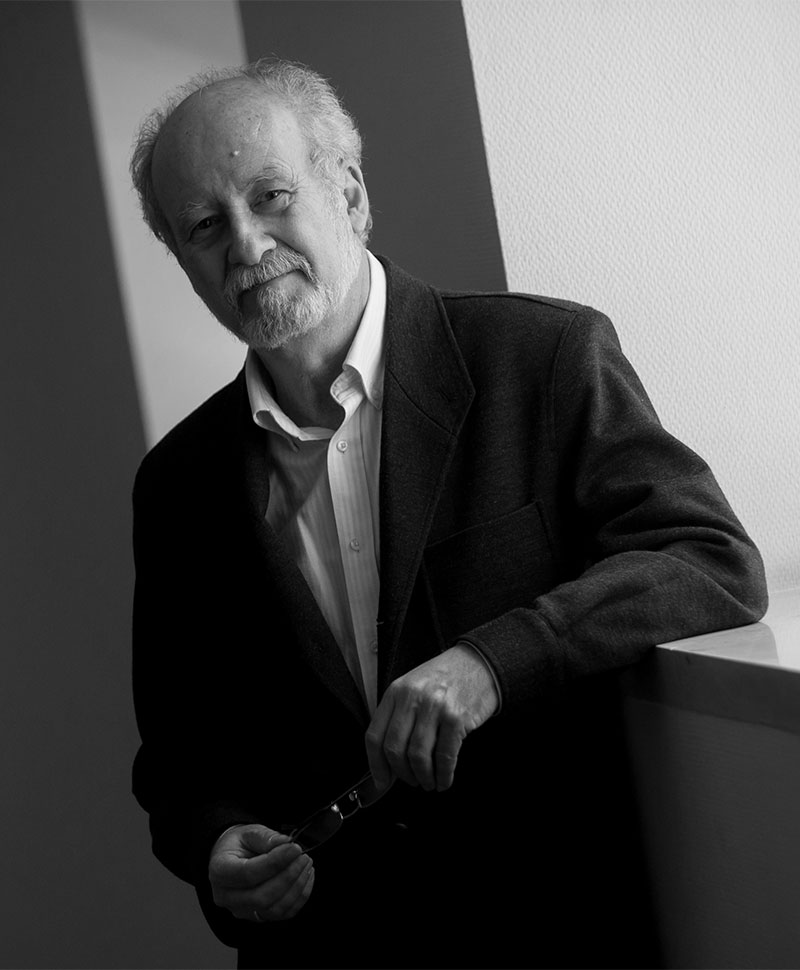 Born in Madrid in 1952, he studied Violin, Piano, Harpischord, Orchestra Conducting and Composition in the conservatories of Barcelona and Madrid. In 1979, he received a grant from the Spanish Ministry of Foreign Affairs to study at the Royal Spanish Academy in Rome, attending advanced courses in Composition taught by Franco Donatoni at the Santa Cecilia Conservatory.

From 1981 to 1985, he taught at the Cuenca Conservatory, where he also served as Director. From 1985 to 1998, he was the professor of Harmony at the Madrid Conservatory, and from 1991 to 1993, he taught Harmony and Counterpoint at the Reina Sofia School of Music.

In 2000, he debuted the opera D.Q. Don Quijote in Barcelona, written by Justo Navarro and staged by La Fura dels Baus, at the Gran Teatre del Liceu in Barcelona, ​​obtaining in December 2001 the SGAE Award for the best score for a theatrical work.

Together with José Antonio Abreu, he was responsible for the creation and coordination of the Ibero-American Youth Orchestra, conducted by Gustavo Dudamel and introduced at the XIX Ibero-American Summit of Heads of State and Government in Estoril in December 2009.